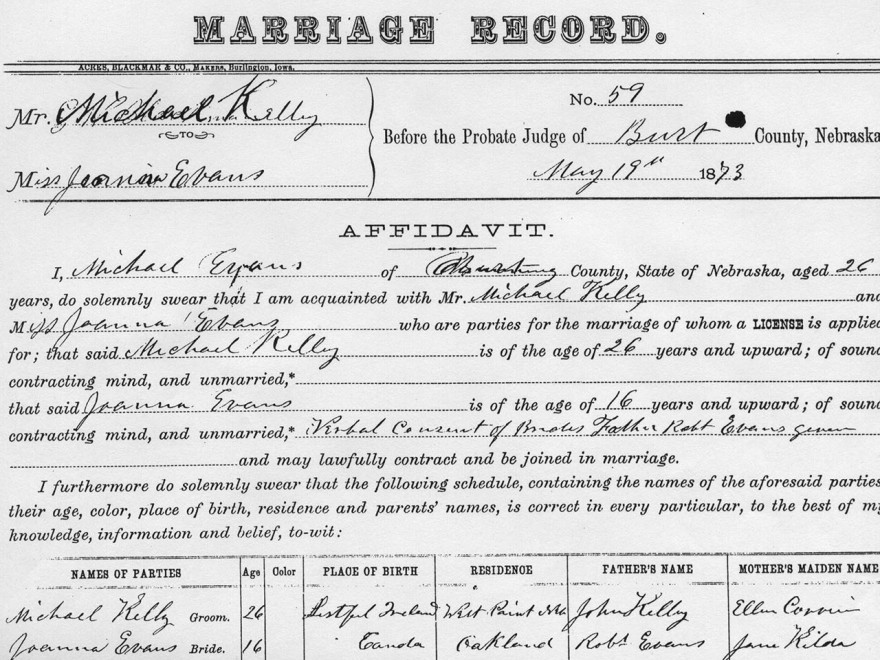 This is the marriage record for Michael Kelly and Johanna Evans from the late nineteenth century. A marginal-quality reproduction was given to me by the family, which I scanned and am making available here:

The license was signed on 19 May 1873, and the ceremony performed on 26 May 1873, in Oakland, Burt County, Nebraska. Michael was 26 years old at the time, and Joanna was 16 years old (verbal consent of her father is indicated on the license). The document itself contains several pieces of key genealogical information, but the handwriting is a bit difficult to read.

Their parents’ names are also listed on the license. Unfortunately, deciphering their mothers’ maiden names is a challenge.